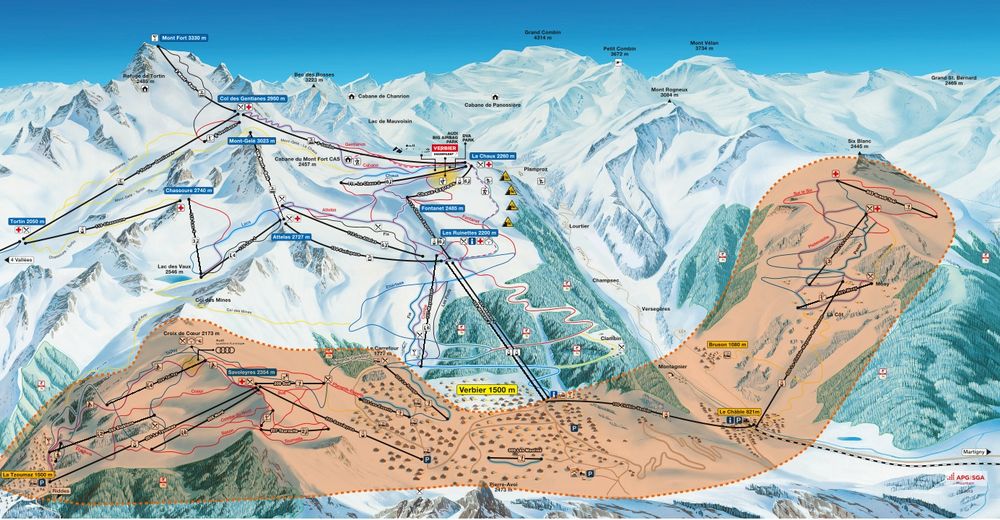 Téléverbier has received the authorisation to install equipment for artificial snow on the Savoleyers – La Tzoumaz ski area. The work, costing over 7 millions francs, will be phased throughout the summers 2017, 2018 and 2019. It will be undertaken by the firm Techno-Alpin similarly to what has been done in Bruson. In total, over 12km of pipes will be installed.

A “hill reservoir” should also be dug at a place known as “Rechouènes” at La Chaux, to optimize the existing artificial snow network. The new reservoir, containing 68’000m3, will supply the snow network of the Gentianes and La Chaux. Estimated cost: 7millions